For a long time I’ve had a slightly elevated blood pressure. This isn’t a big deal, but it makes me careful about consuming foods with very high levels of sodium. This has always caused me issues with soy sauce, as it’s absolutely drenched with salt. My favourite soy sauce is Kikkoman soy sauce and they do have a low sodium version, but it’s not as tasty as the regular Kikkoman and I tend to just use more of it to compensate.

I did an experiment involving using potassium instead of sodium in my food in 2016 by replacing sodium chloride on my popcorn with potassium chloride. They both taste salty, however the potassium taste in the popcorn was overwhelming. That experiment was failure, but I eventually found one which does work!

Note: Potassium chloride used for this should be food grade! Don’t grab some random lab chemical for the task lol.

I ran some crude blind taste tests on some friends of mine. Out of three people, one said the potassium fortified one was not very good, another said it was not quite as nice as the regular Kikkoman and another couldn’t tell the difference. So based on this, it seems that I haven’t created some master piece which the world of soy sauce should definitely copy, but I do think this could be super useful for anyone with a penchant for soy sauce, but also an elevated blood pressure problem.

And friendly people at Kikkoman, if you are out there reading this, feel free to copy my idea! It’d save me having to make it myself 😉 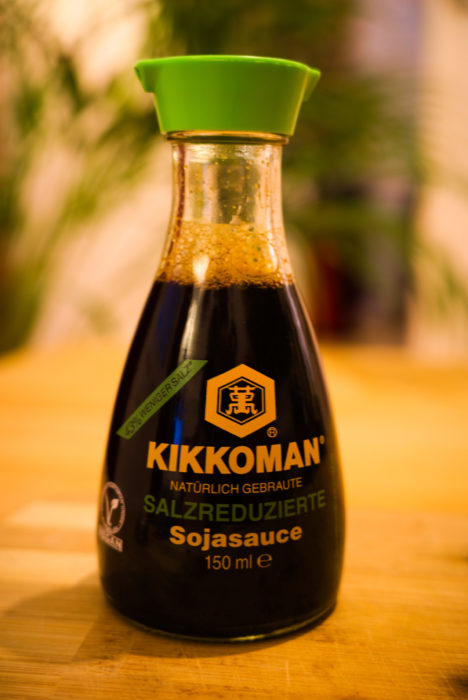 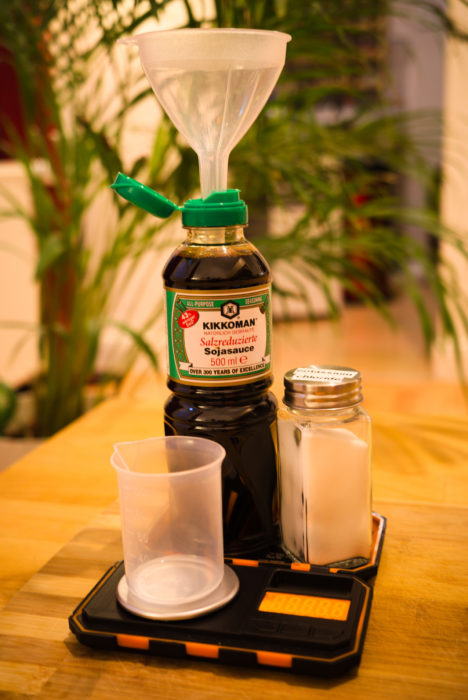