A small company called Miraculix in Jena Germany, have released a psilocybin test kit. As far as I know, this is the first cost-effective at home test kit for the measurement of the concentration of psilocybin. This is important for measuring the potency of magic mushrooms. I signed up for a preorder of their first batch to be released and since I haven’t seen any other reviews, I thought I may as well post one here for you all.

You can purchase your own test kit for €14.95. Each test kit is only good for a single test.

They claim “10% deviation from HPLC analysis” which seems sufficiently accurate for most home uses. The human body probably has more variation in how it handles the drug anyway, so a little inaccuracy won’t have much impact on how most of us will use these test kits. 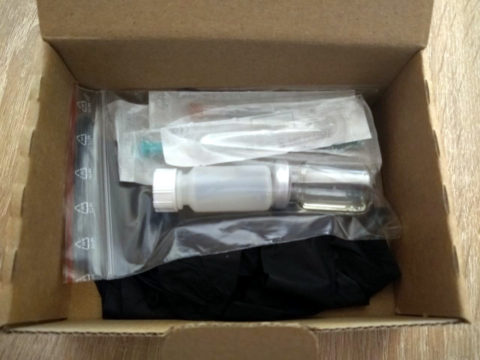 An optional first step but one which I do myself, is to consume 150 mg of your mushrooms before testing them.

(1) Weigh out 150 mg of powdered mushrooms or truffles.

(2) Pour the weighed mushrooms into the provided screw cap bottle (which is prefilled with a liquid) and shake the bottle for 10 seconds. 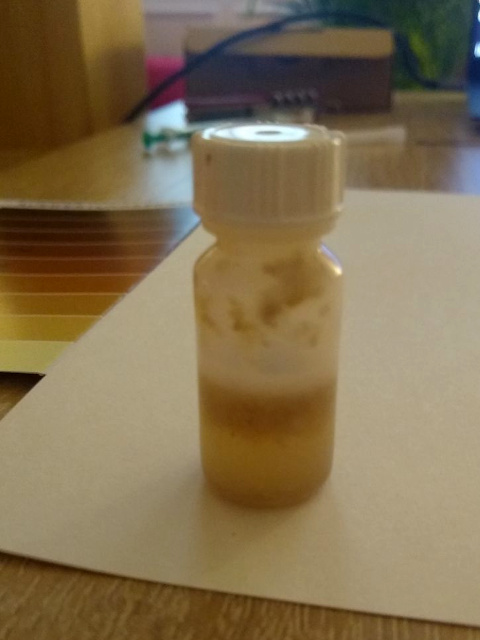 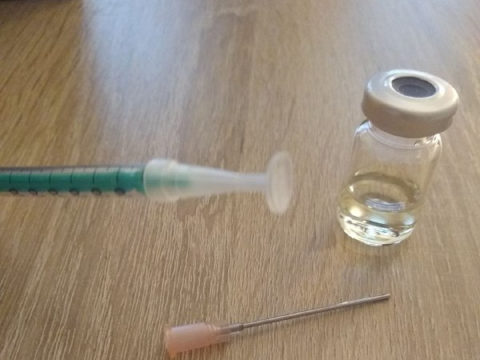 The filter which attaches to the syringe

(5) Shake the vial to ensure the two liquids have mixed together. This step seems to be missing from the official instructions, but I recommend it as in my case the two liquids were totally separated and I assume the test reaction may not proceed as intended if they stayed separated. 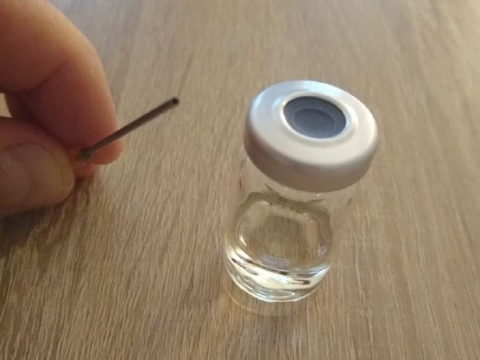 The blunt cannula beside the reaction vial

(6) Place the reaction vial into ~95° C water (according to the instructions, boiling some water and taking it off the boil is apparently sufficiently accurate for this). 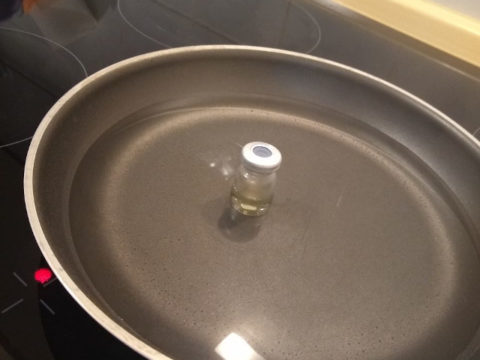 (7) Compare the colour of the resulting liquid with the provided colour chart to get an estimate of your samples psilocybin content.

I did two samples. One with dried champignon mushrooms, and another with dried psilocybe cubensis mushrooms. 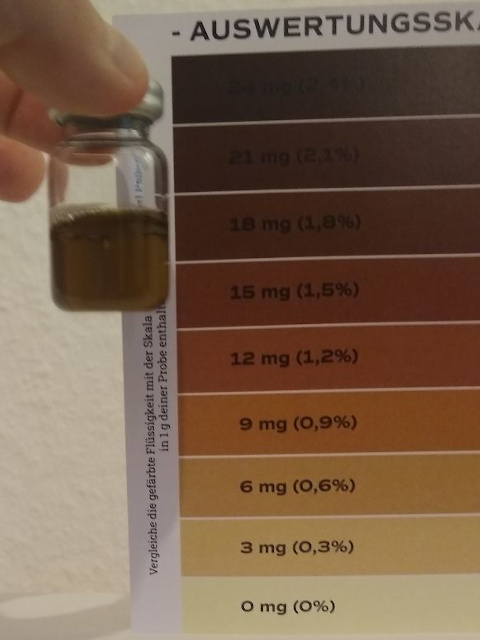 The box the kit came in claims that the test kit is dangerous and can cause severe skin burns and eye damage. The instructions said to use the provided rubber gloves and some eye protection. I’ve spilled enough highly toxic chemicals on myself over the years to not give a damn about this, but I do recommend following their instructions. During the procedure I needed to tap a bubble out of the syringe, and the tapping process splattered chemicals over my desk and on my hands. I have no idea what the chemical is it’s not listed; I’m assuming nothing super toxic, but I did wash my hands immediately just in case.

The instructions didn’t say how to dispose of the chemicals afterwards, so I washed them down the drain along with a large amount of water. Once I’d washed everything out, I disposed of the remaining solid material in my household garbage.

I have a couple of very minor improvements I will make next time I run one of these tests:

Firstly, I would ditch the provided filter and simply filter the mixture through a little cotton wool.

Secondly, I’d use a proper cannula; the provided blunt cannula was very awkward to use. I guess they’re concerned about us injuring ourselves, but I actually think I would be more likely to hurt myself with the blunt one. I’ve punctured thousands of septa with cannula before, but the most dangerous times were always when I was trying to ram a blunt end through rather than a sharp stabby one.