Have you ever clicked on one of those link bait’ish things you see on Facebook? I saw one a friend posted this afternoon labelled “What country do you really belong to?”, so I clicked it to find out which country I was really from. It asked a series of questions (which are shown below in the screenshots). 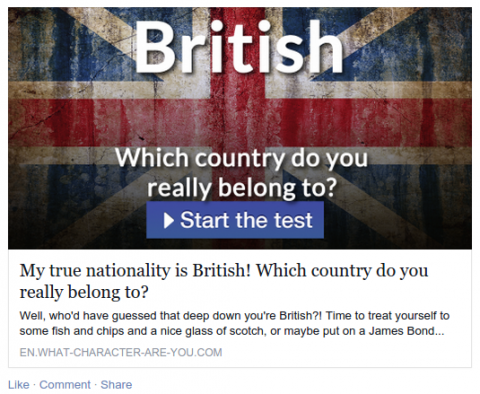 After saying I liked Coca Cola, ice cream and Donald Duck, I assumed it would guess I was from the USA, but instead it picked Germany. Amazingly, this is the exact country I live in. Impressive stuff right?

This isn’t the first time one of these tests has accurately picked me as belonging to a certain country. Not the country I am from, but the country I happpened to be living in at the time. When I lived in Norway, it was not uncommon for these things to suggest that I am Norwegian or Swedish at heart. Now that I live in Germany, they pick me as being German!

I figured that either my emotional nationality is changing over time, or there’s something fishy going on here. So I connected to a series of different VPN’s and answered the quiz again (and gave the same answers as before).

There is an important lesson to be learned here! You should never trust random click bait quizzes for accurately gauging, well, anything … just in case you were relying on these being accurate tests 😉 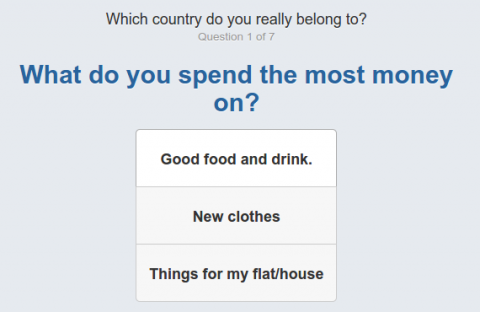 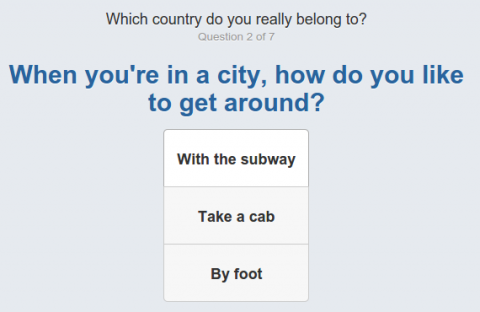 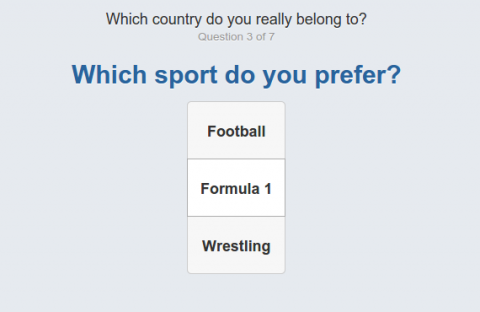 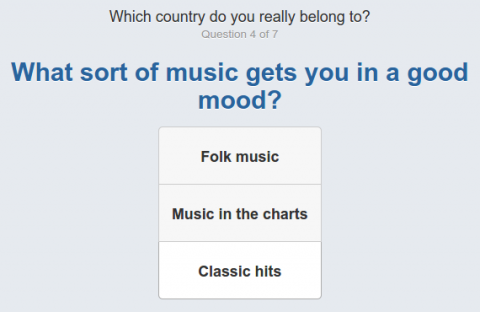 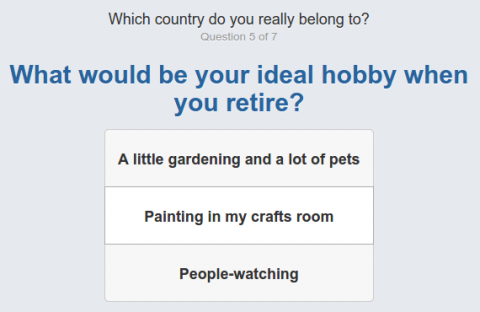 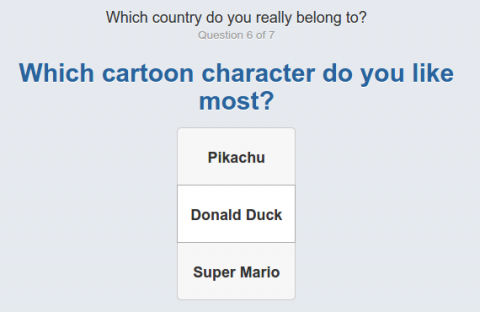 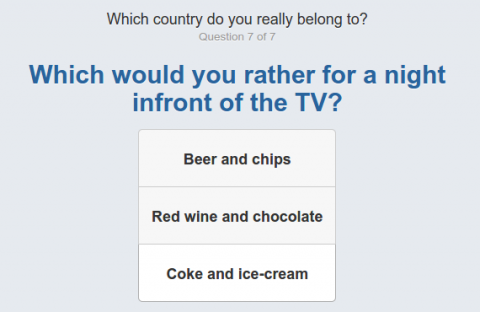 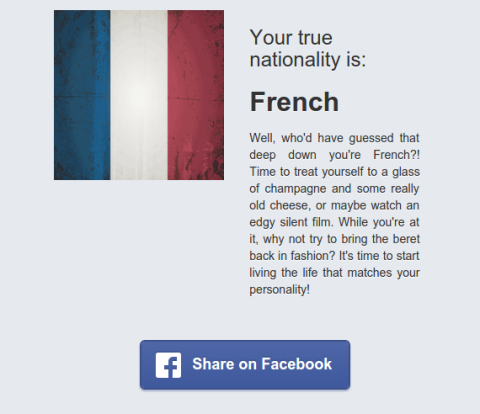