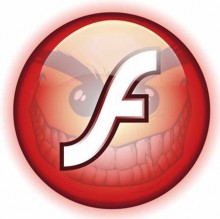 Flash - the cause of, and solution to, most of the internet's problems.

Aside from the known issues with flash, there is a major problem with the default setup of most flash objects which many people are unaware of.

A quick search through our support forum, will show up dozens of questions relating to Adobe Flash objects and dropdown menus appearing beneath them. The usual solution people look to as a solution, is to modify the z-index of either their menu, the flash object, or both. Unfortunately this only leads to dead-ends and confusion on the part of the site owner.

The solution thankfully, is relatively simple. All you need to do is to set the Flash object to “transparent”, and your dropdown menu will appear on top of the object instead of below it. I suspect Adobe added this behaviour intentionally as a way of hacking people’s sites into work as expected but has infuriated many web developers as this is not what would typically be expected for browser behaviour.

Add the following between your <object> tags:

Add this in an <embed> tag:

6 Responses to “Flash and dropdown menus”