We are proud to announce the release of the PixoPoint Menu plugin 0.8.x beta. The most noticeable change when you install the plugin, is a slick new tab navigation system for the admin page. However the main changes to the plugin are under the hood.

Note: As this is only a beta release, this version of the plugin is not recommended for use on production websites.

Some minor bugs have been removed from the drag and drop facility, but it pretty much works the same as the original PixoPoint Menu plugin. 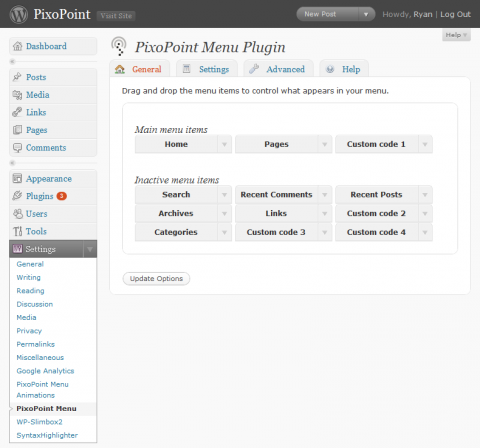 Many of the users of the original PixoPoint Menu plugin found the number of settings too off-putting, so we have simplified things as much as possible for them. 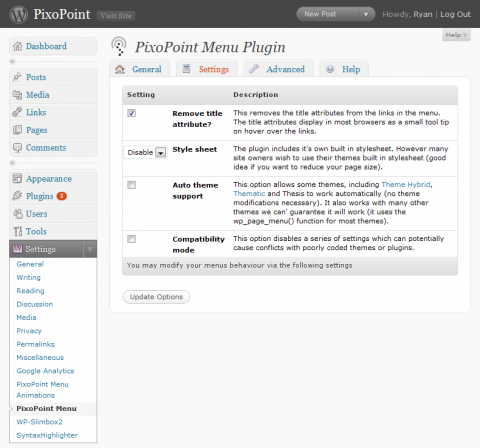 The settings page is now simplified in comparison to the original PixoPoint Menu plugin.

The CSS editing area is now present in the advanced tab. 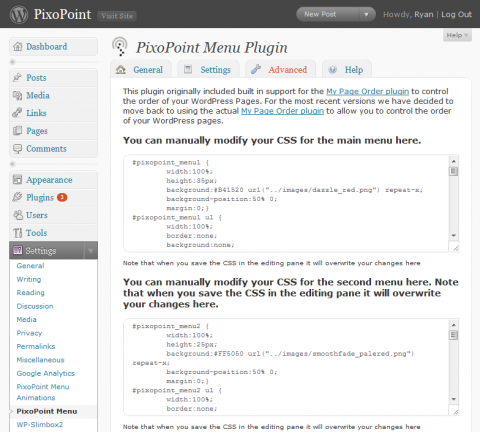 You can upload/modify your CSS directly via the 'Advanced' tab. As always, this system works well with our dropdown menu CSS generator.

On upgrading or installing a fresh new version of the PixoPoint Menu plugin, an extra plugin called “PixoPoint Animations” will be activated. This plugin includes all of the dropdown menu animation functionality originally included in the core plugin, along with an extra option called the “Basic” animations which creates a different animation effect with slightly less code than is required for the Superfish script. This plugin will be eventually extracted and released as an entire separate download. For the mean time, it is bundled with the original plugin to ensure that upgrades go smoothly. 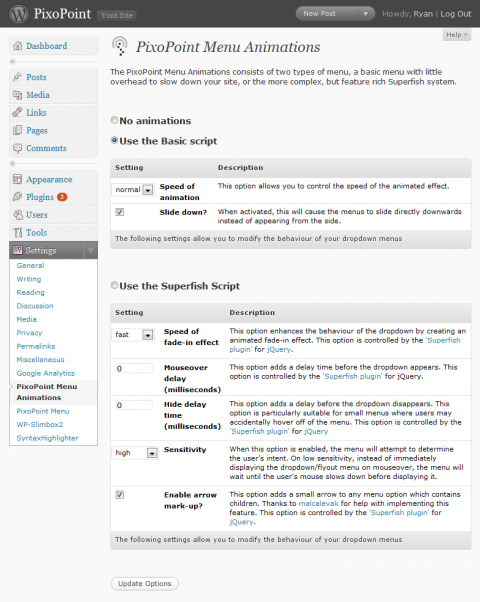 On upgrading, or installing a fresh installation of the plugin, a second plugin called 'PixoPoint Menu Animations' will be activated. This will eventually be available as a separate download.

Future versions of the Multi-level Navigation plugin will automatically upgrade themselves to the new PixoPoint Menu plugin. This will not be happening until extensive testing has been undertaken to ensure there are no glitches during the upgrade process.